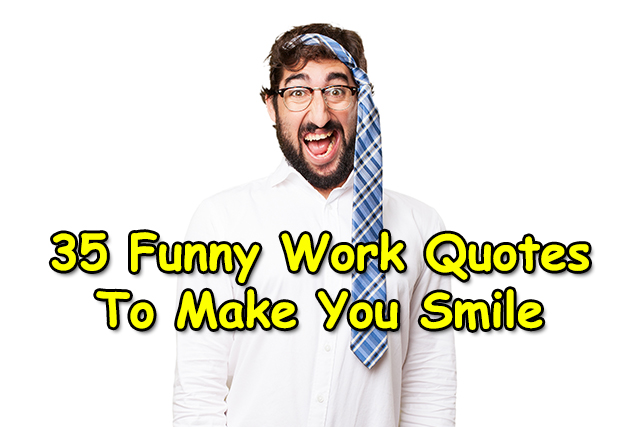 Humor can be a powerful tool to diffuse a stressful or annoying situation, and it can reduce negative feelings. According to research conducted by HBS with the Wharton School humor can boost your status at work, persuading others that you’re both more confident and more competent than you may actually be. Here are 30 funny work quotes that are guaranteed to make you smile.