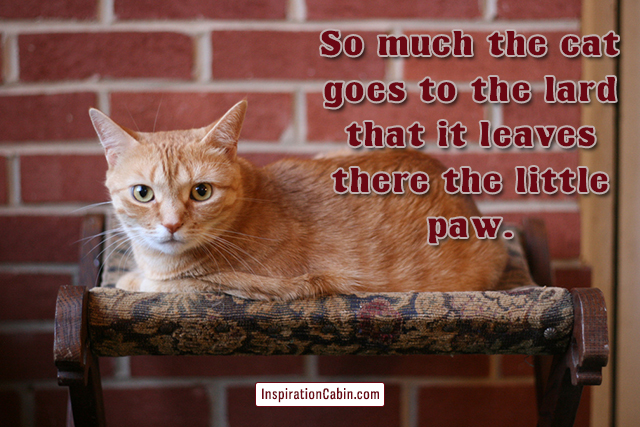 Literal translation: “The cat goes so often to the lard that she will eventually leave her paw print on it.”

Origin:
It probably derives from the fact that, in the past, lard, which was very often used back then, was worked with the mincing knife, so that if a cat repeatedly tried to steal some of it, it risked to have its paw cut off.

Meaning:
Someone who keeps doing the same bad act will eventually leave traces that will get him/her caught.